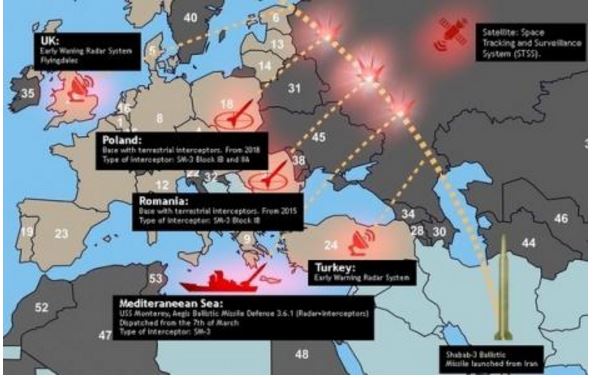 Just as Obama keeps ratcheting up the allegations that Russia will hack the elections to ensure Trump wins, in Russia they are warning their citizens that war is coming and it maybe nuclear. They are warning that NATO is retrofitting tactical aircraft for the use of nuclear weapons, “which is sign of preparation for war with Russia”. A whole website has gone up in Russia dedicated to the World War III and one offering advice and how to prepare.

ABC News is reporting that Russian Television Warns of Nuclear War Amid US Tensions. US mainstream press is not questioning what is going on when we have a President who got the Noble Peace Prize. They are not looking at Obama floating all sorts of stories that a Trump victory will be proof of a Russian cyber attack. The Washington Post pitches the story that Russia wants war. Meanwhile The Daily Mail reports that the Kremlin calls Joe Biden’s threat to ‘cyber strike’ Russia ‘unprecedented’ and pledges to protect itself from the “aggressive, unpredictable United States”. CNN has reported that Russia and the US have moved past a Cold War to unpredictable confrontation.