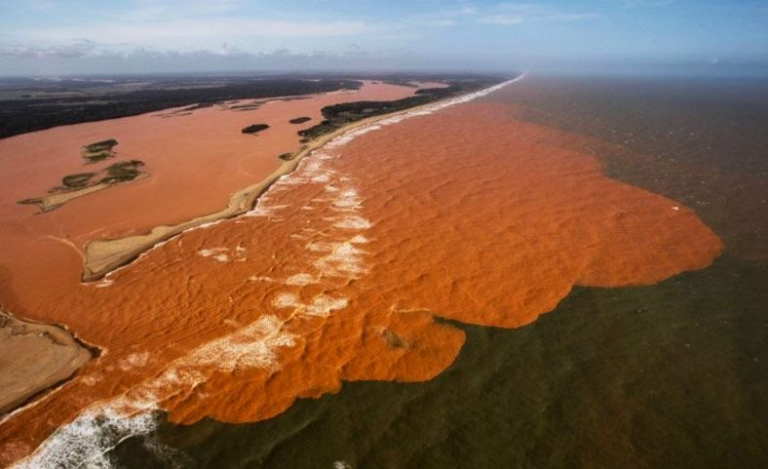 As if it was a scene taken from the blockbuster disaster movie, 2012, rivers of death and destruction flowed red for over 400 miles before emptying into the Atlantic ocean as Brazil suffered its worst ecological catastrophe in history. The failure of a massive 300+ foot iron tailings dam at BHP Billiton and Brazil’s Vale Samarco Iron Mine, caused 50 million cubic feet of toxic iron sludge to pour into the countryside killing 19 people.

[…] Even though this 30 story-tall iron mining tailings dam collapsed nearly a year ago, the broad ecological and legal issues are just now coming to the forefront. For example, an article just released yesterday titled, Brazil Charges 21 With Homicide For Failing To Avert Samarco Mine Disaster stated the following: