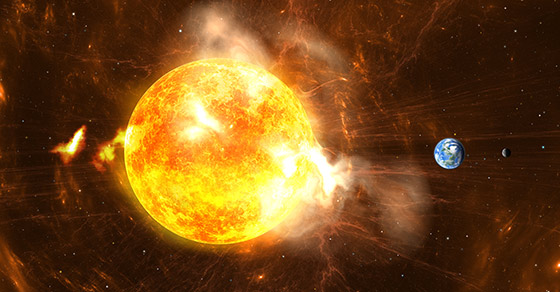 Once considered a fringe conspiracy theory, it appears that the Obama administration is now actively preparing for a massive solar event that could wipe out life as we have come to know it. Space weather events such as solar flares, solar energetic particles, and geomagnetic disturbances have long been believed to pose a significant threat to our technologically advanced society with the ability to not only affect global positioning satellites, but on-earth electronics that include the entire domestic (and global) power grid.

In the latest Executive Order signed by Barack Obama, the President calls for coordination between various government agencies including the Department of Defense and Department of Homeland security should a major “space weather event” come to pass.