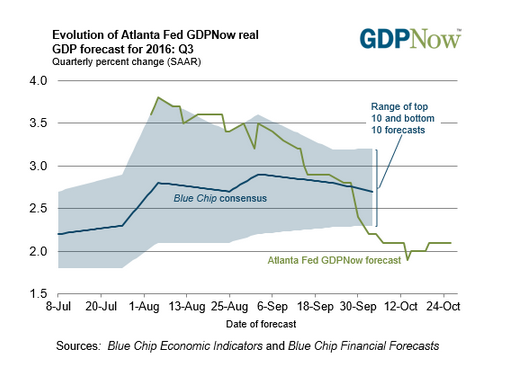 As expected in this corner, the net effects of economic reports of the week balanced out to much ado about nothing.

The overall result of the week’s reports was a rise in the Atlanta Fed GDPNow model from 2.0% to 2.1%.