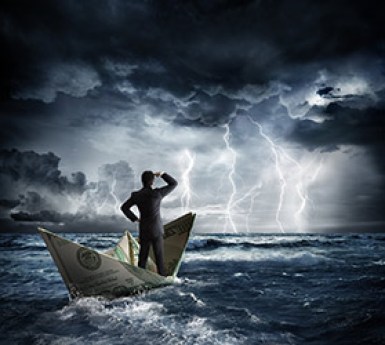 The economy has gone suicidal.

It is working against the very people who need its energy to survive. It is collapsing on its own weight, and the weight of literally incalculable levels of toxic debt. And it is going to create the greatest disaster of our time, if the warnings from the world’s most powerful bankers are any indication.

While the general population is obsessed with the details of the world’s most entertaining and bizarre election in American history, the big banks are gearing up for a deadly serious economic collapse.

Just during the past few weeks, there have been major discussions about stock markets dropping, the insolvency of Europe’s biggest investment bank, the mounting debt crisis and a deeper, long-term decline for ‘everyday Americans.’

Here’s what you probably missed while the Hillary-Trump cage match has taken over the collective psyche: