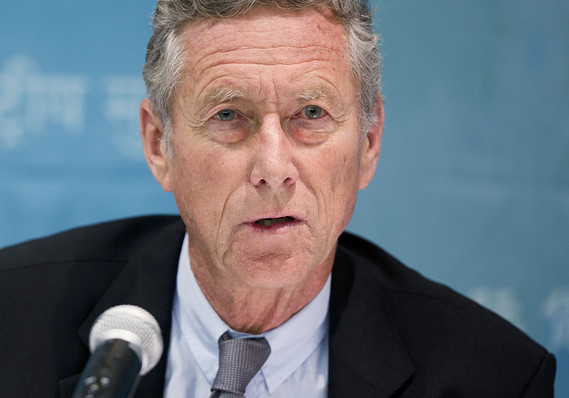 The U.S. economy is not out of the woods and the Federal Reserve should be sparing in their interest-rate hikes to guard against a downturn, said former International Monetary Fund Chief Economist Olivier Blanchard, in an interview with MarketWatch. Allowing the economy to run hot has more benefits than costs, he said.

Blanchard, 67, described recently by the Washington Post as “the smartest economist you’ve never heard of,” said he’s less optimistic about the U.S. economy, as consumers and businesses confront diminished expectations about the future.

His comments dovetail with recent remarks by Fed Chairwoman Janet Yellen noting the benefits of a “high pressure economy.”

A native of France, Blanchard spent most of his professional life as an economist at the Massachusetts Institute of Technology and Harvard University, working closely with Federal Reserve vice chairman Stanley Fischer and former Treasury Secretary Larry Summers.