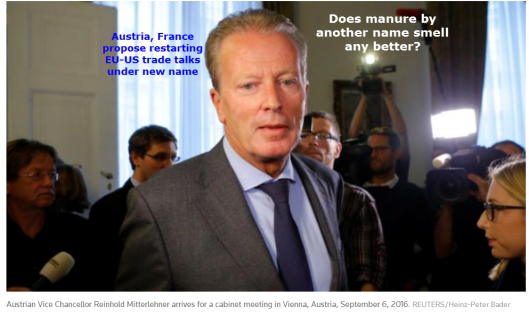 President Obama was hoping to get two trade agreements in the waning days of his administration.

However, this week the German Economy Minister stated the US-EU TTIP talks were “de facto dead”. The US-Asia TPP talks have been dead as a doornob for some time.

Both deals were allegedly about free trade. In fact, neither was.

Nonetheless, that both deals died after years of negotiation is systematic of a bigger problem: rising protectionism everywhere, led by the US and EU.