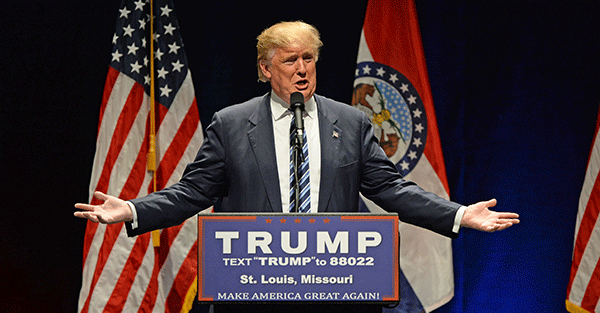 Fed on ropes as Yellen seeks to fend off Trump blows … Populist attacks from all sides make central bank vulnerable to calls to rein it in, say analysts. – Financial Times

The Financial Times continues to provide a blow-by-blow description of Trump’s attacks on central banking.

Trump is hurting the Fed, and well he should. Things will likely get a lot worse before they get better.

Janet Yellen picked a bad time to accept the job. And worse, she has not been able to raise rates, meaning that sooner or later a tsunami of easy money will flood the West and the world. It will be an era, as we’ve pointed out, resembling the 1970s, but on steroids.

Nobody said to her, “Ms. Yellen, the people you are counting on to protect the Fed intend to tear it down,” but that is what’s happening.

Unfortunately, you don’t build world government by plebiscite. It’s not put to a vote.