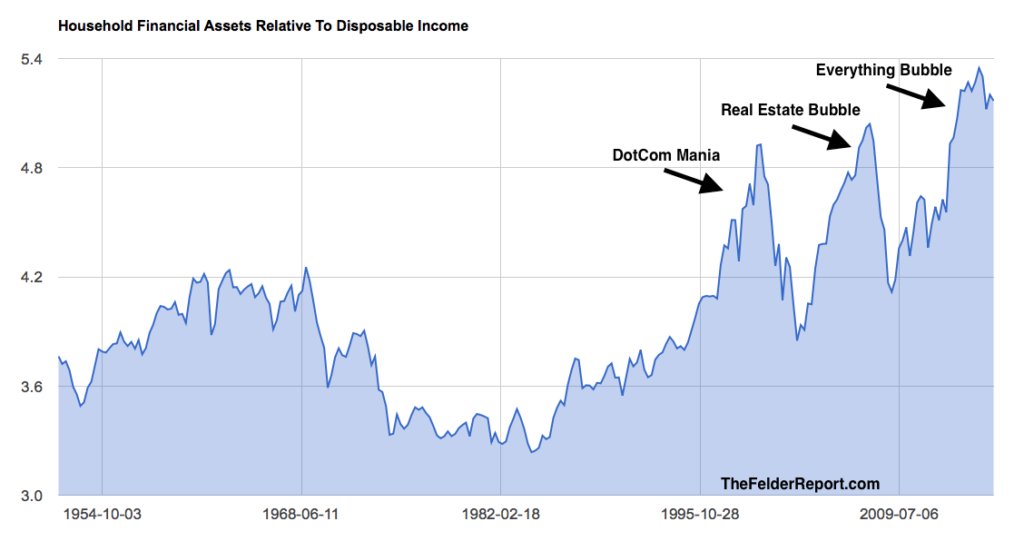 Jesse Felder published an incisive bubble finance chart over the weekend. It is yet another reminder that Janet Yellen and her merry band of money printers are oblivious to the dangerous speculation and valuation excesses that their policies have implanted throughout the financial system.

Relative to disposable income, the value of household financial assets now far exceeds the last two bubble peaks. And that has happened in an economic environment which suggests just the opposite. To wit, valuation multiples and cap rates should be falling owing the fact that the productivity and growth capacity of the US economy has been heading south ever since the turn of the century.