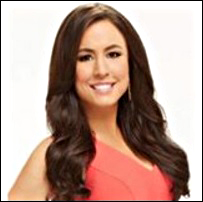 On Monday, Andrea Tantaros, a Fox News host, became the latest in a growing drumbeat of voices charging Fox News with tolerating and condoning a hostile work environment for women that “operates like a sex-fueled, Playboy Mansion-like cult, steeped in intimidation, indecency, and misogyny,” according to the lawsuit Tantaros filed in New York State Supreme Court.

Tantaros charges in the lawsuit that she was sexually harassed by Roger Ailes, who recently stepped down as Fox News CEO, while he ran an intimidation campaign against her through his public relations department. This is the second lawsuit to be filed against Ailes by Fox News women in as many months. In July, Gretchen Carlson went public with similar charges against Ailes in a high-profile lawsuit. According to the Washington Post, Carlson’s lawyers have received reports from more than 20 women that “they were harassed by Ailes during his long career in television, dating as far back as the mid-1960s.”