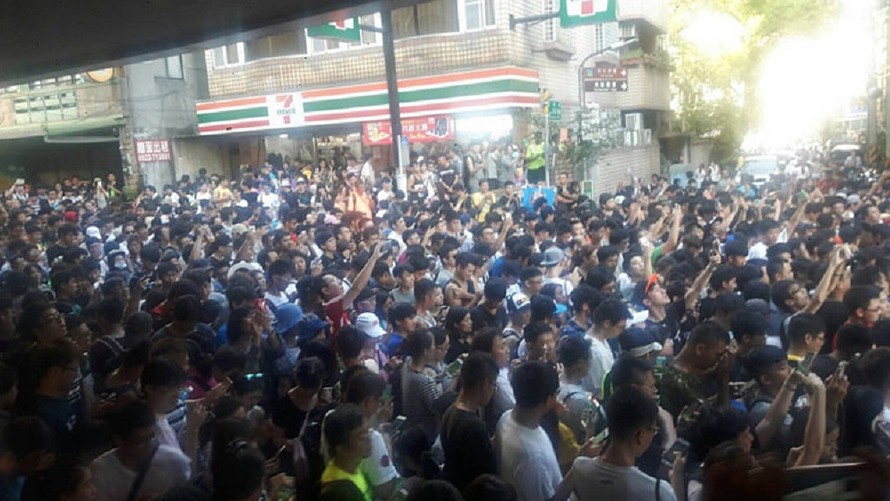 The Taiwanese aren’t about to let a little traffic get in the way of a rare Pokemon. After all, the Snorlax, which is usually found sleeping in inconvenient locations throughout Kanto, is docile enough to let children bounce on its huge tummy.

Full disclosure: I have no idea what most of that means.

The people in the video below, however, certainly don’t need Bulbapedia to explain the nuances of what some consider to be “the single most popular non-evolver that isn’t also a legendary out there.”

If the caption is to be believed, here’s the ridiculous scene over the weekend from Beitou Park in Taiwan, where the Snorlax was allegedly there for the taking.