by Phoenix
US Chronicle 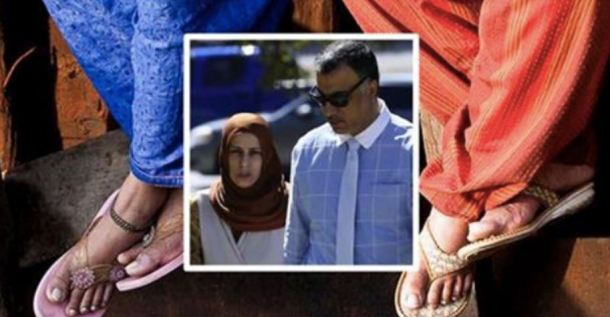 A Texas couple has been found guilty of engaging in forced labor of their two “servants,” and a judge, who was disgusted with their actions, has banished them from the United States.

Hassan al-Homoud, 46, and his wife Zainab al-Hosani, 39, pleaded guilty to the crimes of holding a person against their will, and forced labor, otherwise known as SLAVERY. They tried to convince the judge that their actions were acceptable because their Prophet Muhammad, the creator of the religion of Islam, kept slaves of his own. Therefore, any punishment that they received would be Islamophobic.

District Judge Orlando Garcia was having none of that. Nor did he chance having the couple go to an American prison where they might be out on good behavior, and then possibly resume their religion inspired actions.