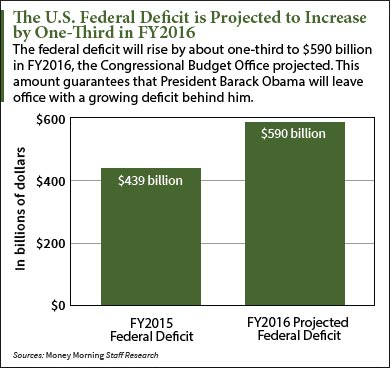 The CBO — Congress’ official, nonpartisan agency for calculating the fiscal impact of legislation – announced the annual shortfall would be $152 billion larger for FY 2016 than it was for FY 2015 ($439 billion).

It’s an unexpected increase, the agency stated, due in large part to anemic economic growth in the first half of the year.