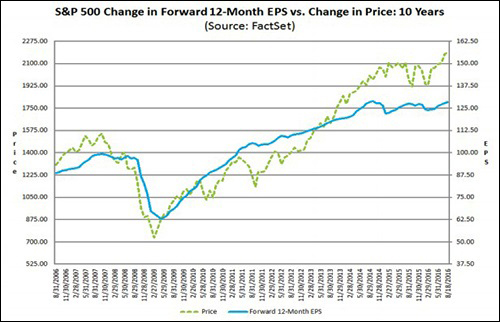 On July 25, during the opening night of the Democratic National Convention, Senator Elizabeth Warren made the following comments during her speech:

We noted at the time that Senator Warren is one of the smartest members of Congress; a former Harvard law professor who taught commercial contracts and bankruptcy law; a member of the Senate Banking Committee and its Economic Policy Subcommittee.

If Senator Warren was not aware that quarterly earnings on a year-over-year basis as measured by the largest companies in America – the Standard and Poor’s 500 – were on track to log in their fifth consecutive quarterly decline in earnings, how could the average American possibly know this?