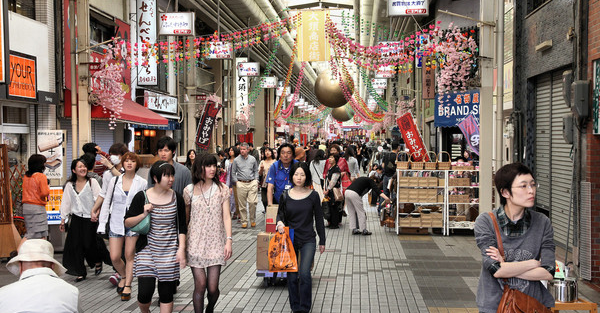 Abenomics’ return to fiscal stimulus shows failure to reach economic goals … Prime Minister Shinzo Abe’s return to the fiscal-stimulus lever he first pulled three years ago shows how far he remains from hitting ambitious targets for reviving Japan’s economy. The cabinet on Tuesday approved a spending-and-lending package totalling ¥28 trillion ($363 billion), including ¥4.6 trillion in outlays this year and just below ¥3 trillion further out. The administration completed its plan days after the central bank adopted a modest boost to its own stimulus efforts. – Financial Review

Once again, Japan has failed to revive its economy sufficiently, or so we are told.

Shinzo Abe is said to have “three arrows” in his quiver – “fiscal stimulus, monetary easing and structural reforms” – but has only been able to use two of them, and unsuccessfully at that.

Japan needs real economic (regulatory and labor) reform. Only that will do.

The reality is that Western elites, like locusts, are crawling across the carcass of Japan and gradually tearing it open.