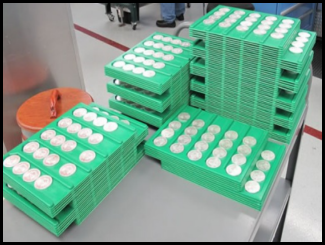 I have spoken to Mr. White several times over the past five years on different issues. So, instead of going by secondary channels and the blog-sphere rumor-mill, I thought it best to get it directly from the source itself.

I called up Mr. White and he answered the phone directly. Normally, I would get his secretary or answering service. However, he picked up right away and I told him who I was and asked him if the rumor was true that the U.S. Mint stopped production of Silver Eagles.