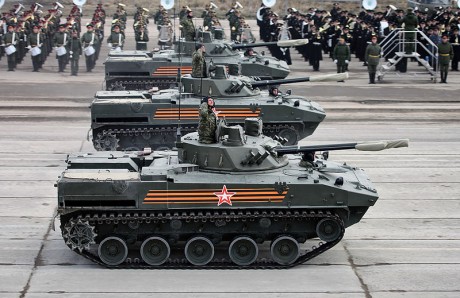 War is coming, but unfortunately most Americans are completely oblivious to what is about to happen. In recent weeks, tens of thousands of Russian soldiers have been massing at eight staging areas along Russia’s border with Ukraine, and some Pentagon officials believe that this could represent preparations for a full-scale invasion. But ultimately Russia has much bigger concerns than just Ukraine. At this point, the Russian people view the United States more negatively than they did even during the height of the Cold War, and their leading thinkers openly talk about the inevitability of a future conflict between the two superpowers. The Russians have been feverishly upgrading and modernizing their strategic nuclear forces in anticipation of that conflict, but unfortunately the U.S. military has not made similar strides under the Obama administration. As a result, the balance of power has shifted dramatically in favor of the Russians.