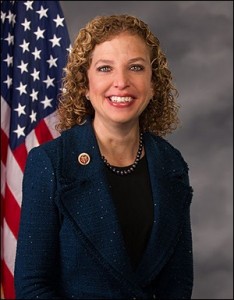 Democratic primary voters in South Florida’s 23rd Congressional District ignored the Democratic National Committee scandal that has engulfed Debbie Wasserman Schultz and gave the incumbent a 56.46 percent win over her Democratic challenger, Tim Canova, who claimed 43.54 percent of the vote. Unfortunately for Canova, who had the backing of Senator Bernie Sanders and his supporters, Independents were not allowed to vote in this closed primary.

Wasserman Schultz will still have to compete against a Republican rival, Joe Kaufman, in the November 8 general election. Her District is heavily Democratic, however, and she is expected to achieve an easy win – unless new scandals arrive between now and election day.

Canova is a law professor at Nova Southeastern University.