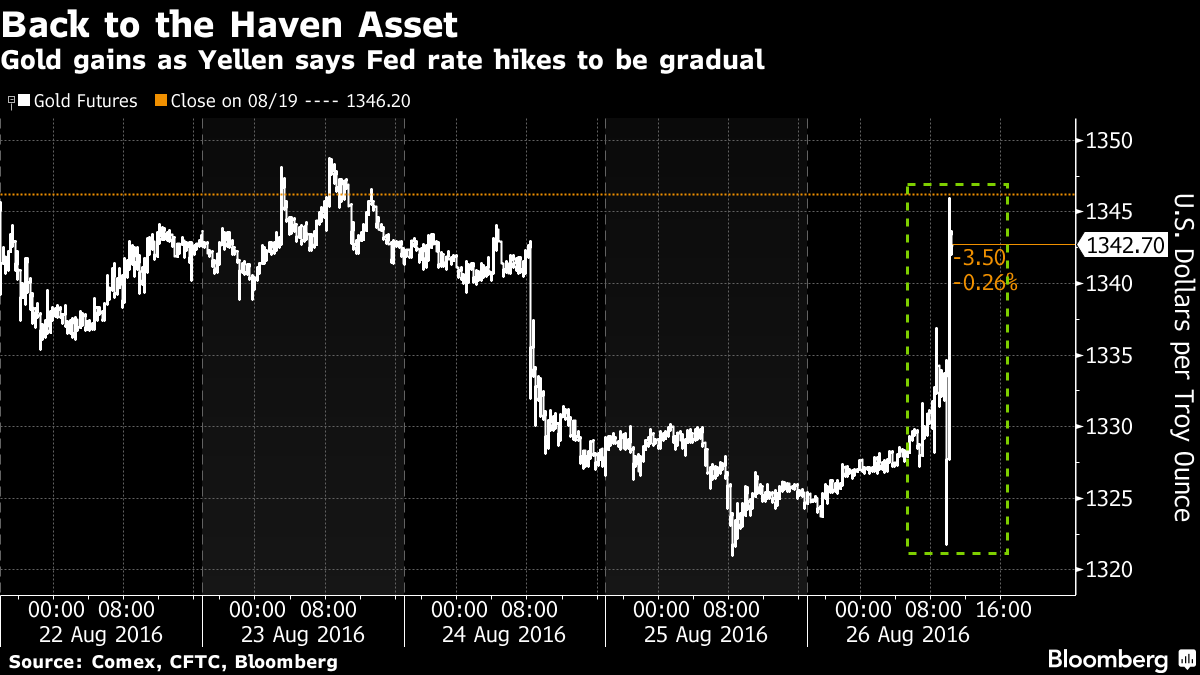 Gold headed for the biggest gain in more than three weeks after Federal Reserve Chair Janet Yellen said that while the case for an interest-rate hike has strengthened recently, a gradual increase will be appropriate “over time.”

“It seems like there is some sort of building consensus to a rate hike, but not imminent,” according to George Gero, a managing director at RBC Wealth Management in New York. Her remarks are “pointing more toward December than September as they await more data,” he said in a telephone interview.

Yellen said the case to raise interest rates is getting stronger as the U.S. economy approaches the central bank’s goals.