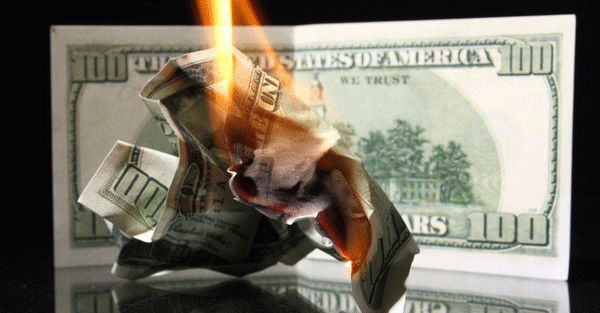 On Friday morning, a gentleman named Thomas Hoenig wrote some rather unflattering comments about the US banking system in a little known publication called the Wall Street Journal.

In his remarks, Hoenig stated that “while the largest U.S. banks have increased capital since the [2008] crisis, their capital is still lower than the industry average and inadequate for bank resiliency.”

Think about what means. A bank’s “capital” is essentially its rainy day reserve fund.

If there’s a giant mess in the financial system and asset prices collapse (as they did in 2008), a bank with plentiful capital will be able to withstand the crisis.