Sen. Mark Warner, left, and former Secretary of State Hillary Clinton have been on the same page on issue of share buybacks. 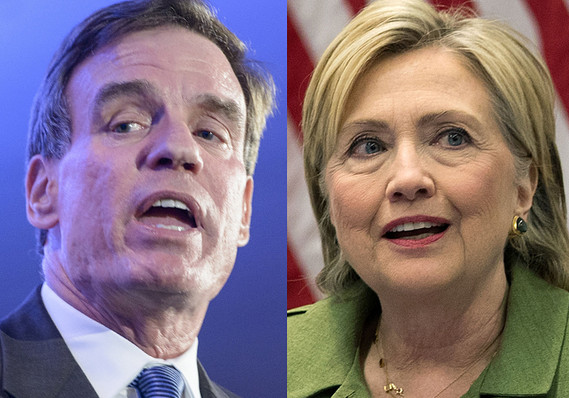 Democratic presidential candidate Hillary Clinton, and her progressive surrogates, are making political hay out of the billions of dollars in share buybacks they say are made only to please “activist” hedge funds.

In several speeches and in a bill introduced in the Senate in March, progressive Democrats are supporting Clinton’s message by repeating the theme of activist hedge funds focused on their own wealth instead of on paying employees more and investing for long-term growth, they say.

That criticism may be a bit too late for this cycle. The enormous share buybacks and generous dividends that politicians, and some large investors, say strips companies of funds to invest in employees and future growth is already slowing.