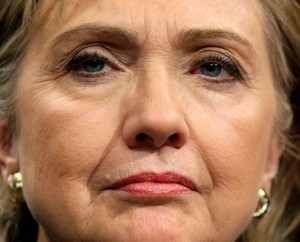 Here’s a stark difference to consider: Hillary is a murderer. A mass murderer. By proxy, yes – but a murderer, nonetheless. Eager to have people killed. Arguably, more guilty of murder than Julius Streicher – who was hanged for merely inciting murderous hatred. Hillary has ordered people killed. Has literally reveled in the murder-by-sodomy of Quaddafi, which she helped to orchestrate.