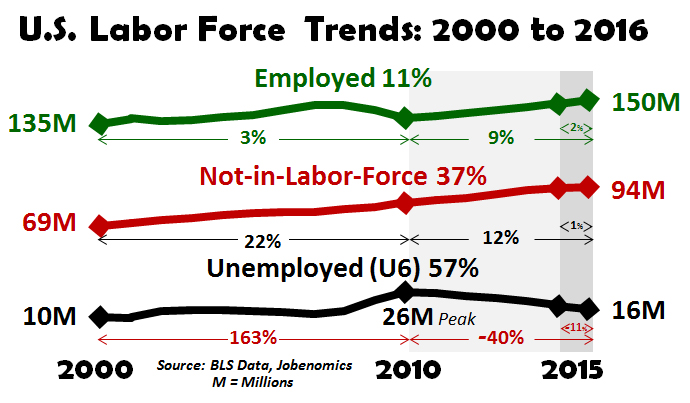 The unemployment rate looks dramatically better than it really is because of some funny accounting. Our labor force looks dramatically different from what it did in 2000. A large part of the low unemployment rate is coming from those not in the labor force. I’m fascinated with this aspect of the employment situation because it is rarely discussed and is largely an elephant in the room. Most pundits like to assume that most of the growth is simply coming from an older population. Even if that were the case, many older Americans need to work until they die since they have paltry retirement accounts. The figures have grown so disproportionately large that we have a shadow class of the population that is now voting for non-establishment candidates. The mainstream press tends to report on large sealed off metro areas that neglect most of the country. Let us look at the numbers here.