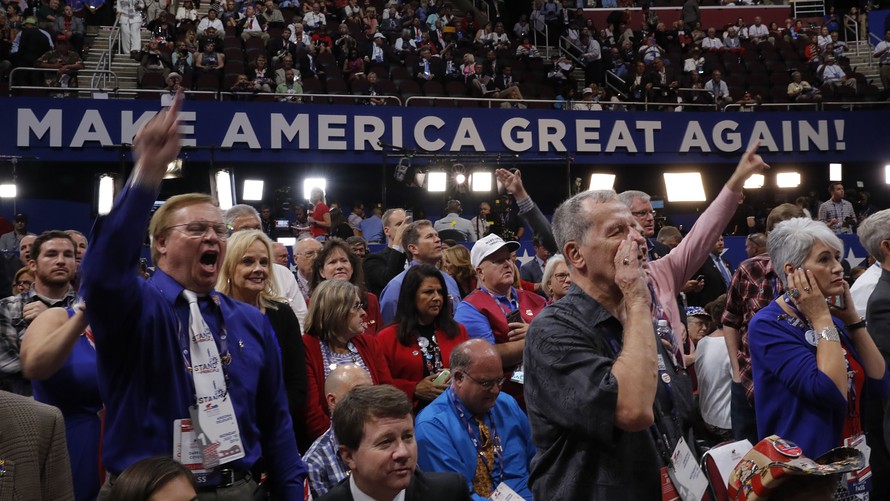 CLEVELAND (MarketWatch) — Anti-Donald Trump delegates tried and failed to force a roll call vote on rules of the Republican National Convention in Cleveland on Monday, disrupting the convention on its first day but failing to derail the real-estate mogul’s path to the nomination.

It was effectively the end of the “Never Trump” movement, which had mounted an effort to keep Trump from winning his party’s nod. Delegates opposed to Trump wanted changes to the rules, which would have allowed them to vote their conscience.

The convention was briefly thrown off course just hours into the event, reflecting the tension in the party as it prepares to officially name the controversial Trump its standard-bearer. Watch the scene on the floor: