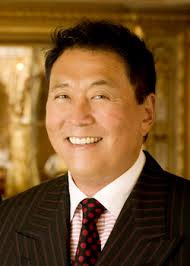 Chris welcomes Robert Kiyoaski, America’s ‘Rich Dad’ back to the show – he just added $1 million of gold to his Fort Knox sized stockpile. The author of Second Chance: for Your Money, Your Life and Our World (2015) and the Rich Dad book series author also penned two books with Presidential candidate, Donald Trump:, Why We Want You to Be Rich and The Midas Touch meant to guide the middle and working classes to prosperity. The discussion includes comments from the former Fed Chairman, Alan Greenspan, who noted in a recent TV interview that the US could face martial law, in similar fashion as Venezuela, formerly the economic powerhouse of South America. The $700 million to $3 trillion spent to bailout the US financial system in 2008-2009 Credit Crisis was sufficient to payoff the mortgage debt of the 10 million US foreclosures with money left over – instead it was directed to the financial system, primarily to the benefit of shareholders / bondholders.