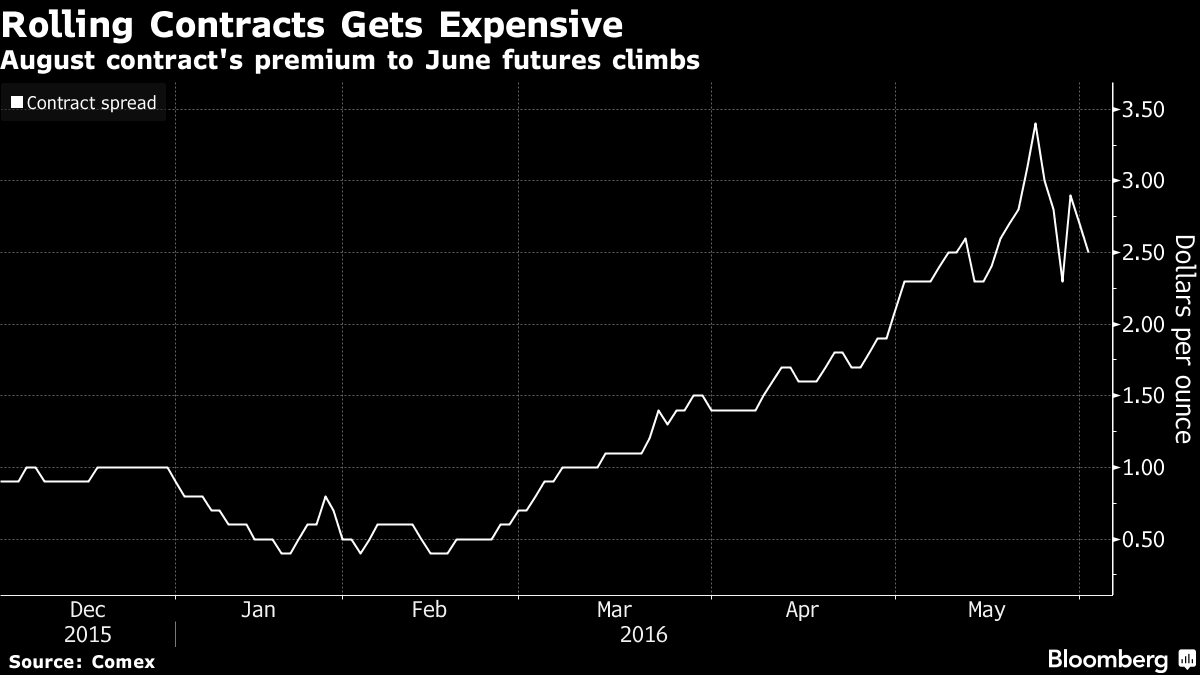 Gold traders are paying the most in at least half a decade to maintain their bullish bets.

The cost of rolling futures into a later-dated contract was recently the highest in about six years, said Bernard Sin, head of currency and metal trading at Geneva-based refiner MKS (Switzerland) SA. Those holding June futures would have paid an extra $3.40 an ounce on May 23 to swap that position for the most-active August contract, Comex data show.