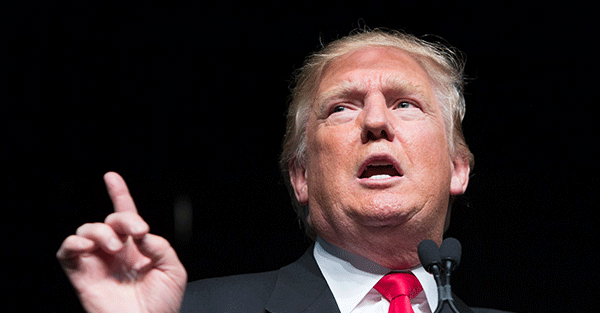 Clinton hits Trump for pushing ‘conspiracy theories’ … Clinton, who spoke from a union hall, hit Trump for being simplistic on fighting terrorism Clinton also turned her focus to Trump’s most controversial idea: Banning Muslims from entering the United States … [She accused] the presumptive Republican nominee of peddling “lies” because “he has to distract us from the fact he has nothing substantive to say.” – CNN

Trump is supposedly drifting into negative double digits against Hillary and perhaps one of the reasons is that he’s not been blunt enough.

There are plenty of hints that he understands the real problems. But he’s not verbalizing them. He’s using some tough rhetoric but it’s not necessarily accurate.

The hope we share with others in the alternative ‘Net media is that Trump supports at least some libertarian positions with calculating, populist zeal.