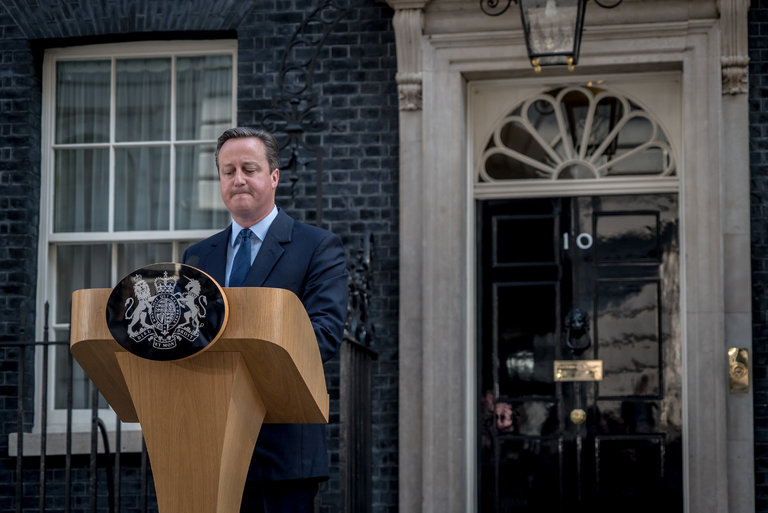 LONDON — Britain has voted to leave the European Union, a historic decision sure to reshape the nation’s place in the world, rattle the Continent and rock political establishments throughout the West.

Not long after the vote tally was completed, Prime Minister David Cameron, who led the campaign to remain in the bloc, appeared in front of 10 Downing Street on Friday morning to announce that he planned to step down by October, saying the country deserved a leader committed to carrying out the will of the people.

The stunning turn of events was accompanied by a plunge in the financial markets, with the value of the British pound and stock prices plummeting.