The bull market, which reached a record high a year ago, seems to have petered out 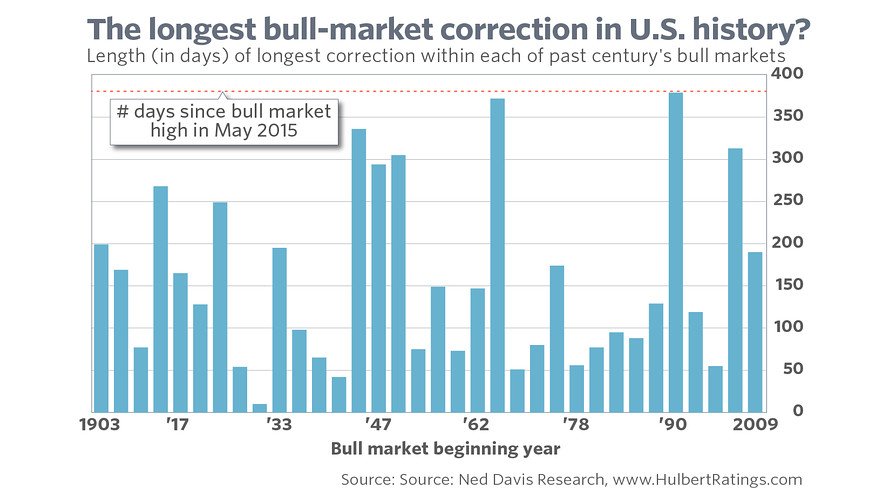 CHAPEL HILL, N.C. (MarketWatch) — Some investors and pundits are commemorating the one-year anniversary of the May 2015 record high in U.S. stocks by noting that the market is only a couple percent below it.

Their implication is that the bull market is still alive, if not exactly well. But they are finding it increasingly difficult to adhere to this belief. Within one week, they will find it nearly impossible to do so.

That’s because there’s been only one bull market since 1900 that experienced a correction that lasted longer than a year. And, within one week, the length of even that bull market’s correction will be exceeded by the time elapsed since the May 2015 high.