Central banks are dumping America’s debt at a record pace. 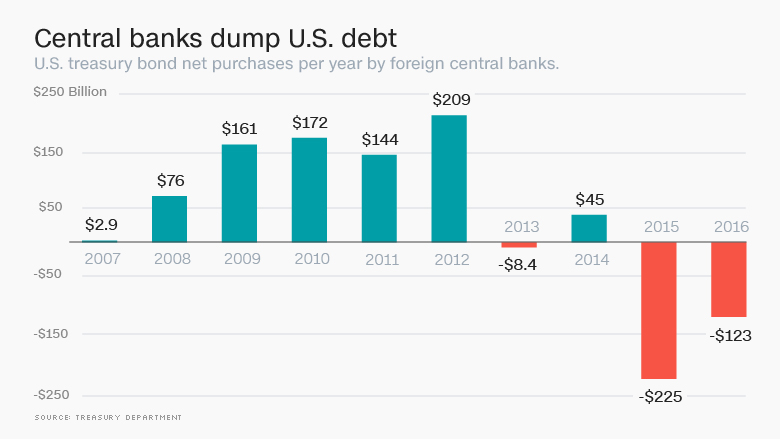 Central banks are dumping America’s debt at a record pace.

In all, central banks sold a net $17 billion. Sales had hit a record $57 billion in January.

So far this year, the global bank debt dump has reached $123 billion.

It’s the fastest pace for a U.S. debt selloff by global central banks since at least 1978, according to Treasury Department data published Monday afternoon.