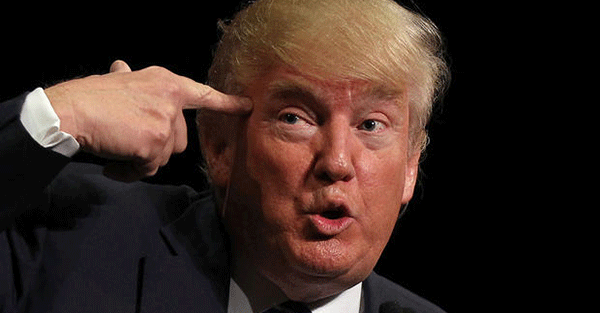 Republicans Pray Trump Will ‘Evolve’ on Foreign Policy … Donald Trump may eventually find some common ground with Congress on economics, but there’s less hope for unity between the Republicans and their presumptive presidential nominee when it comes to foreign policy. Some senior party figures hope Trump’s views will “evolve” to the point where the party can feel comfortable defending his competence to be commander in chief. There are no signs of evolution. – Bloomberg

GOP politicians continue to writhe over Donald Trump’s foreign policy views, as we can see above.

Trump has enunciated policies that would remove or reduce the role that the US plays in NATO and would demand payment from countries that host US troops and other sorts of military resources.

What Trump is doing here is taking Congressional rhetoric at face value.