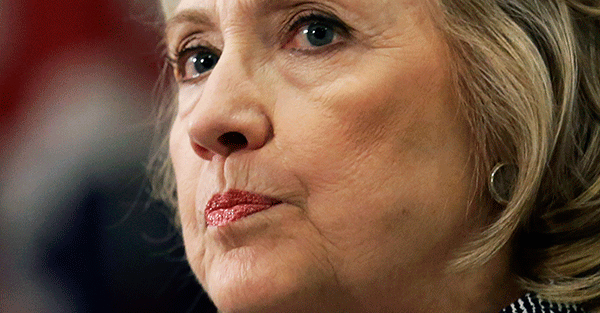 Trump’s ‘Crooked Hillary’ label may stick … Donald Trump dispatched his Republican rivals by branding each one with an insulting but memorable nickname … As the general election campaign nears, Trump has settled on a label for the likely Democratic nominee: “Crooked Hillary.” “It works,” he boasted to the New York Times. “It flows.” -Los Angeles Times

When we start to see admissions in the mainstream media that Hillary’s public persona is perceived as “crooked,” we have to wonder if she is going to end up as the Democratic nominee.

We’ve written about this in the past (see below) but as the trend continues, it heightens our suspicions.