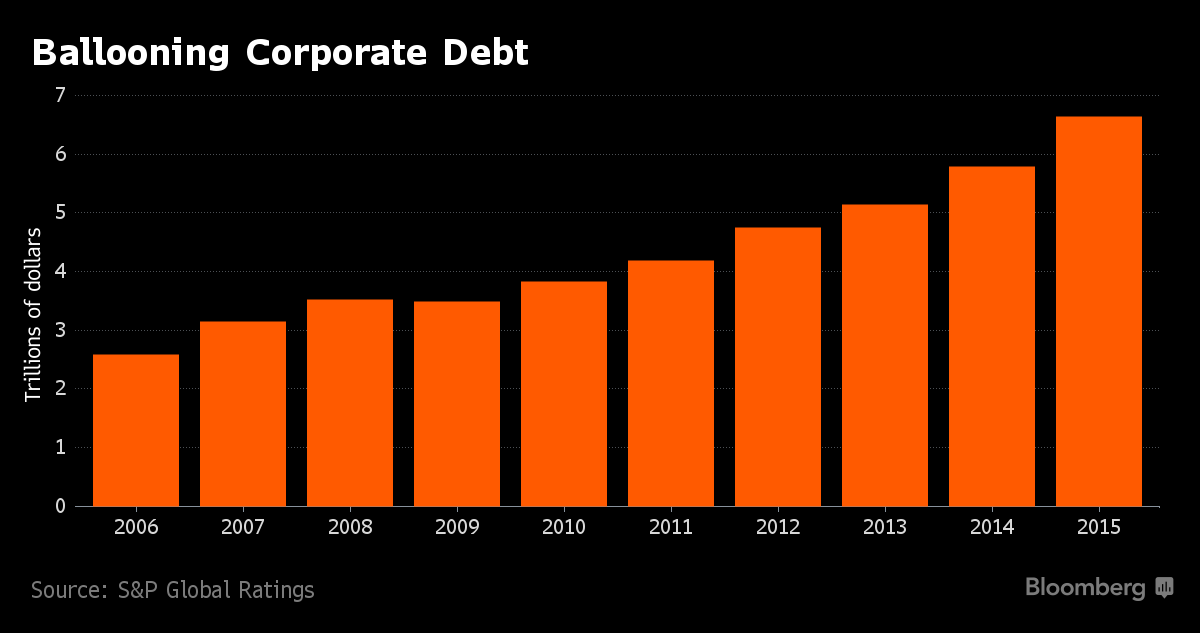 Consumers were the Achilles’ heel of the U.S. economy in the run-up to the last recession. This time, companies may play that role.

Among the warning signs: rising debt, lagging profits and mounting defaults. While the financial vulnerabilities aren’t likely to lead to another downturn soon, economists say they point to potential potholes down the road for an expansion that’s approaching its seventh birthday.

[…] “Companies have been adding to their debt and their debt has been growing more rapidly than their profits,” said John Lonski, chief economist of Moody’s Capital Markets Research Group in New York. “That imbalance in the past has usually led to problems” in the economy as companies cut back on spending and hiring.