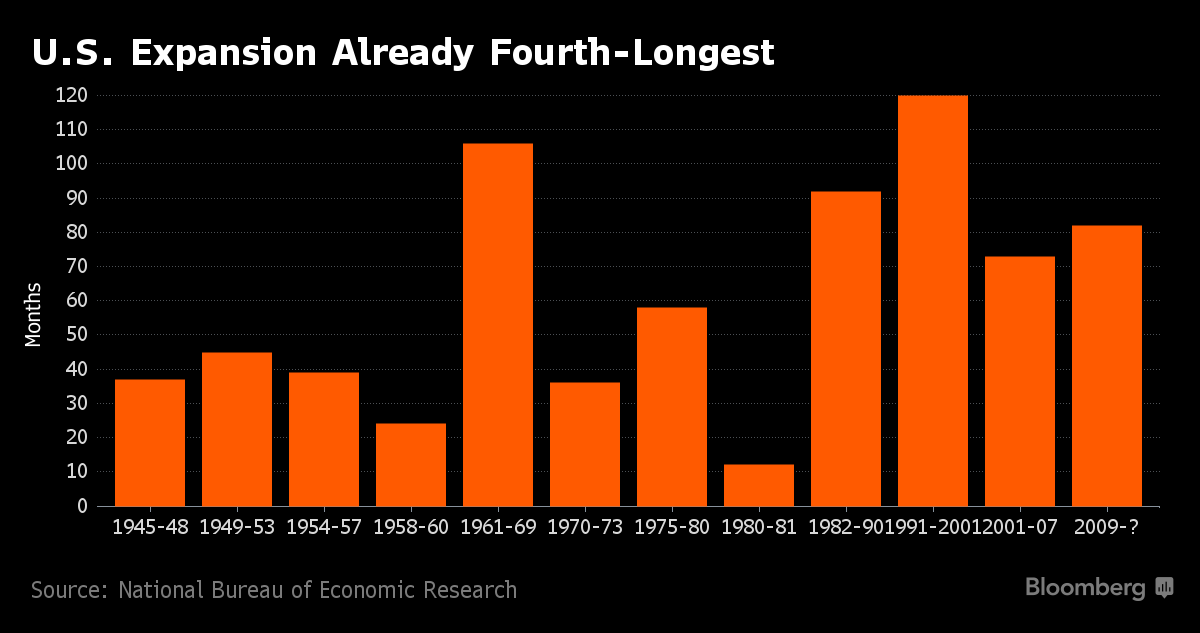 Talk about a poisoned chalice. No matter who is elected to the White House in November, the next president will probably face a recession.

The 83-month-old expansion is already the fourth-longest in more than 150 years and starting to show some signs of aging as corporate profits peak and wage pressures build. It also remains vulnerable to a shock because growth has been so feeble, averaging just about 2 percent since the last downturn ended in June 2009.

“If the next president is not going to have a recession, it will be a U.S. record,” said Gad Levanon, chief economist for North America at the Conference Board in New York. “The longest expansion we ever had was 10 years,” beginning in 1991.