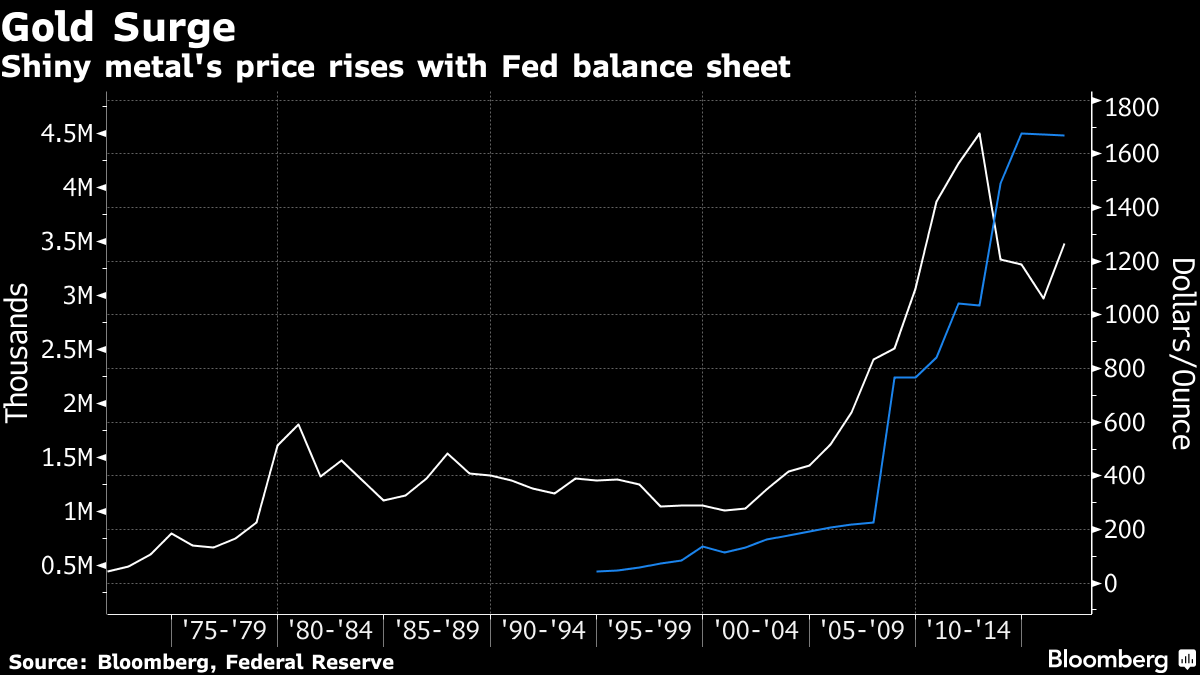 When times are tough, new economic theories get a better hearing. Maybe some old ones, too.

The gold standard is one of the oldest ideas about money, but the hardest of hard-money hawks sense an opening to breathe new life into it. Decades ago, the amount of cash circulating in a country was often limited by the stash of bullion held in its coffers. Especially since 2008, developed-world policy has headed in the exact opposite direction, expanding the powers of central banks to stoke growth. Helicopter drops of money, potentially the next new thing, would be a giant leap further.

For those in the U.S. who see much risk and little benefit in the current course, gold is still a rallying point. And their audience may be growing.