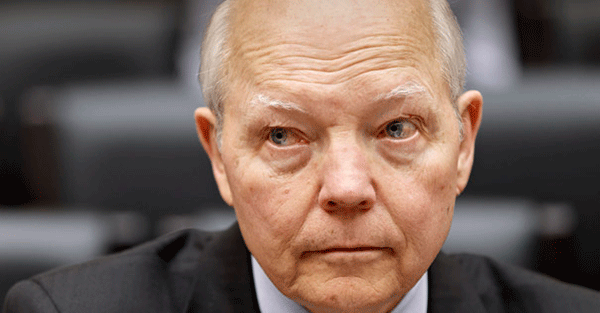 No One Hates the IRS More Than House Republicans … Pity John Koskinen, who agreed to take one of the worst jobs in America and is now being punished for it. In 2013, President Barack Obama asked Koskinen to take over at the Internal Revenue Service amid budgetary chaos, deteriorating morale and a simmering scandal. House Republicans are now trying to impeach him. – Bloomberg

We don’t pity John Koskinen. We watched a good deal of the IRS hearings as they unfolded and it was fairly obvious a cover-up was taking place.

The people involved either weren’t telling the truth or were subject to convenient memory lapses.

It was obvious that higher-up officials at the IRS, presumably at the behest of the Obama administration, has schemed to delay the non profit status of Tea Party groups opposed to Obama.