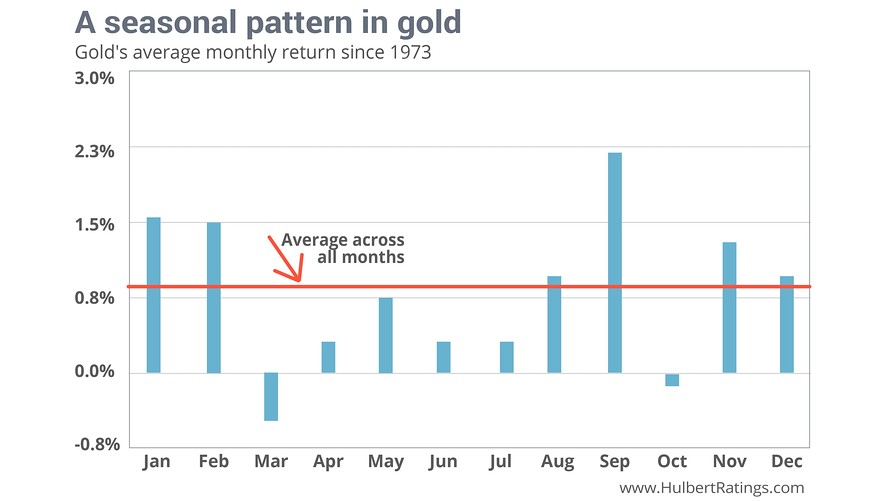 CHAPEL HILL, N.C. (MarketWatch) — Gold is in the middle of its six-month seasonally unfavorable period.

That period began in March and lasts through August, as you can see from the chart at the top of this column. It’s analogous to the stock market’s six-month time frame that goes by the name of “sell in May and go away.”

In gold’s case, though, it starts (and ends) two months before equities, so perhaps we should call it “sell in March and go away.”

I’m bringing this seasonal pattern to your attention because it’s an additional explanation for the three-month trading range in which gold has been stuck since February. In my column last Friday, as you may recall, I pointed to unfavorable sentiment as one cause. Seasonal patterns appear to be another.