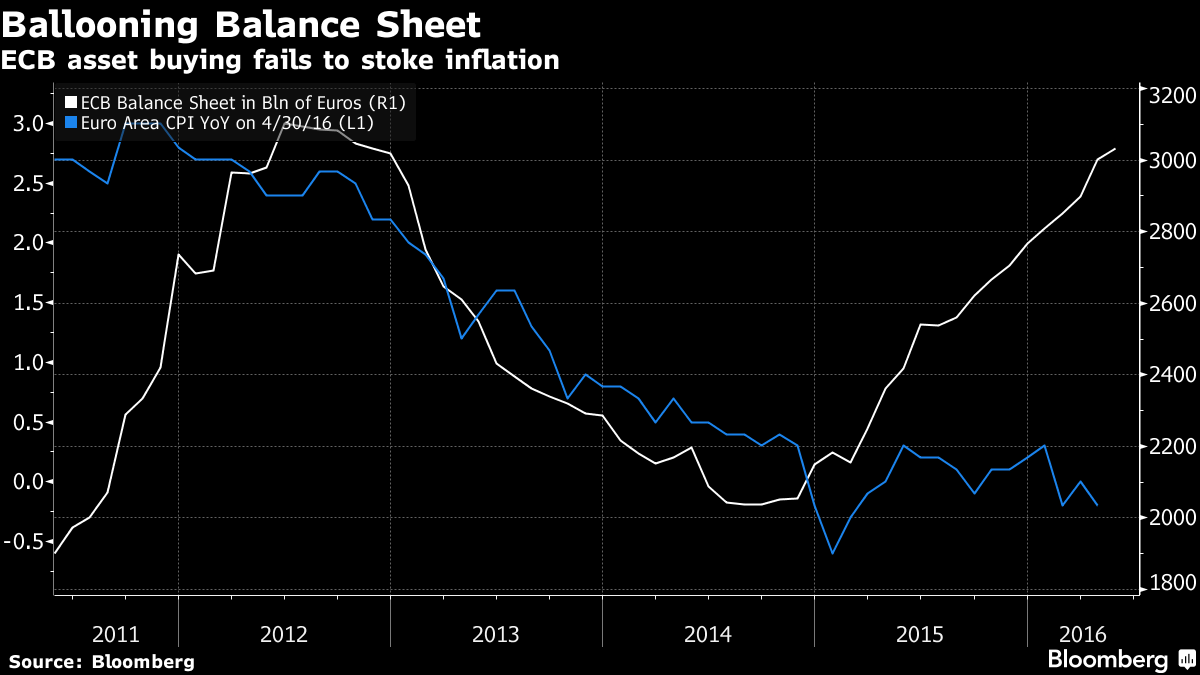 Mario Draghi is discovering that the European Central Bank’s purchasing power isn’t as strong as he had hoped.

Less than two years since the ECB president said he would boost the institution’s balance sheet to 3 trillion euros ($3.4 trillion) to revive inflation, he has reached that way-point and is on the verge of setting a new record. Unfortunately, inflation has only worsened.

The disappointing outcome so far — partly the result of an unforeseen plunge in oil prices and a China-led slowdown in the global economy — suggests the central bank’s asset base will rise further before consumer-price growth is back in the comfort zone. It’s also a cautionary tale against setting out policy milestones in an era where monetary instruments are struggling to succeed. A spokesman for the ECB declined to comment.