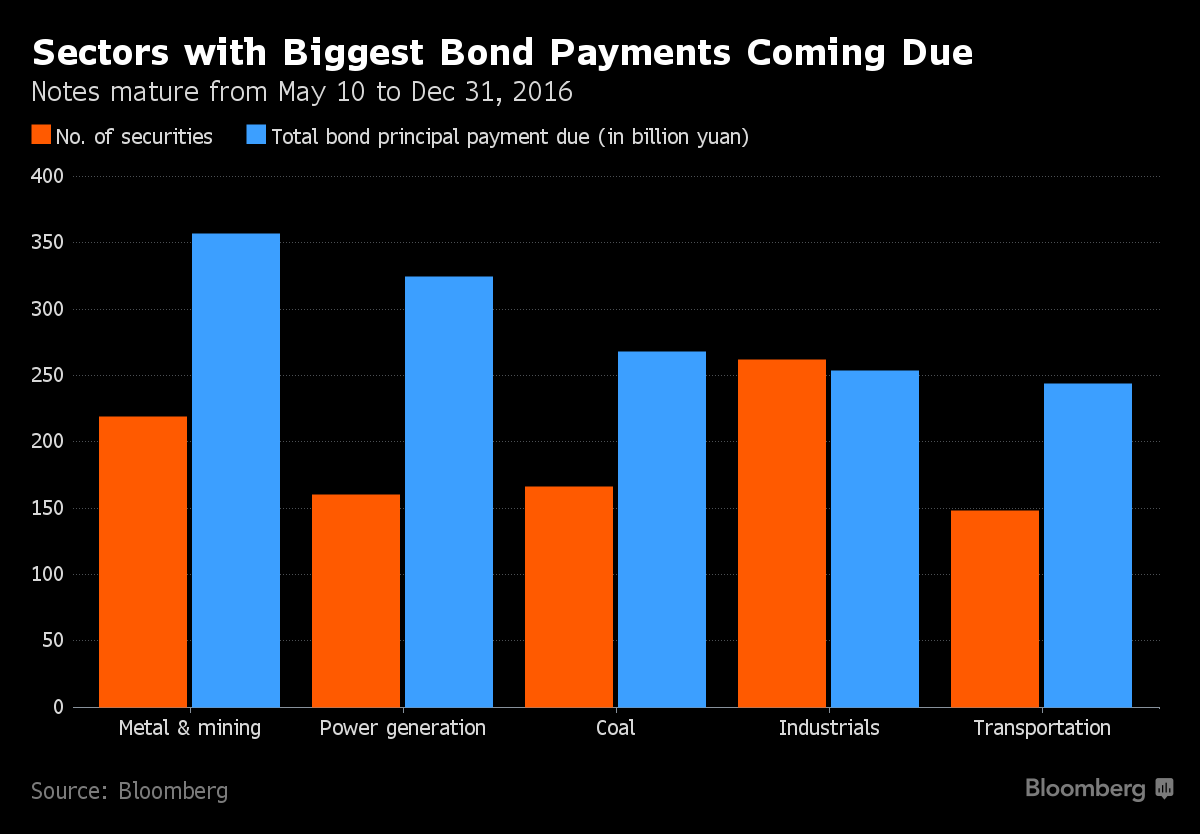 Debt of mining companies in China’s leading coal province has ballooned to about the same level as its annual economic output, casting doubt over the ability of the regional authority to backstop their new bonds.

The Shanxi government plans to guarantee note sales from seven coal producers owned by the northern province, people familiar with the matter said earlier this month. Total debt of those firms climbed to 1.2 trillion yuan ($184 billion) at the end of 2015, just 100 billion yuan less than the province’s gross domestic product that year, according to a May 5 report from Citic Securities Co. Shanxi Jincheng Anthracite Mining Group Co., one of the seven firms, had to offer investors nearly double the yield of similarly-rated notes when it sold AAA rated five-year bonds at the end of last month.