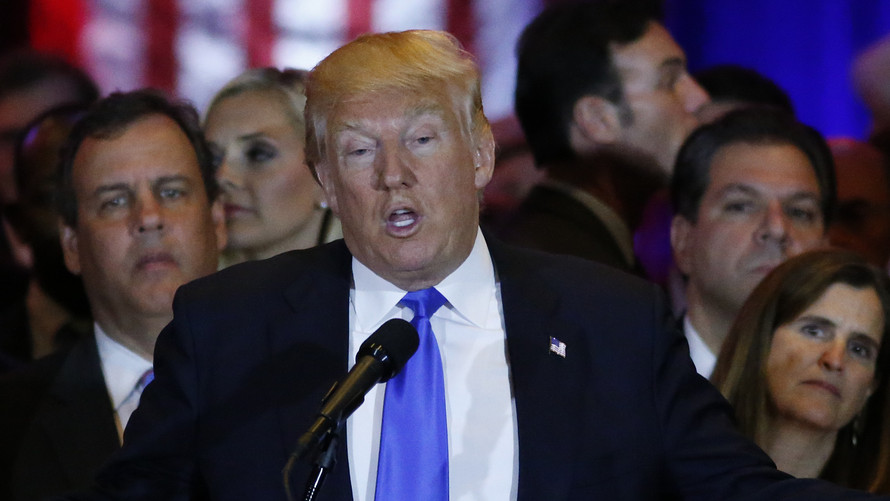 Just as Roger Rabbit couldn’t resist belting out “Shave and a Haircut” at a two-knock cue, some presidential candidates couldn’t resist some spicy campaign slams Tuesday.

Republican candidate Donald Trump, who now appears the likely candidate to take on Democratic rival Hillary Clinton after sweeping five states in Tuesday’s primaries, fell off his toned-down wagon with this barb directed at his rival:

“I think the only card she has is the women’s card,” Trump said in New York. “She has got nothing else going. Frankly, if Hillary Clinton were a man, I don’t think she would get 5% of the vote. And the beautiful thing is, women don’t like her.”

This is how Clinton responded: