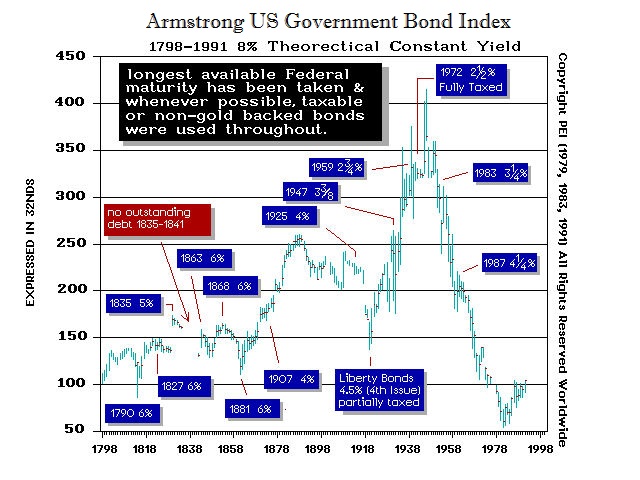 Some people were surprised that I wrote that the USA paid off its debt under Andrew Jackson. What you have to understand is that the debt was effectively a deal between Jefferson and Hamilton. Jefferson forced an agreement that debt had to be paid off and the capital would be put next to Virginia which became Washington, DC.

The federal government did not issue paper money until 1864, so there was no funding of debt as we know it today. This was the bailout for the States under the Hamiltonian model that was used to create the United States under a Federal government. Hamilton absorbed the war debts of the States (See report on Hamiltonian Model). They paid off the debt briefly and then it returned after Jackson left office.