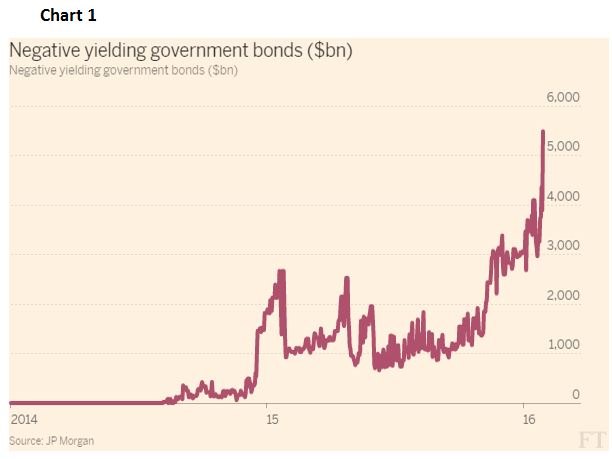 When the central banks of three European countries and the European Central Bank (ECB) itself introduced negative interest rates (NIR) in mid -2014, many considered it be a temporary measure, a new experiment in monetary policy. But when the Bank of Japan did the same in January 2016 and when the ECB pushed rates further into negative territory in March 2016, the international investment world stood up and took notice. Policy makers are now prepared to test this unconventional technique in an effort to stimulate growth and tackle deflation.