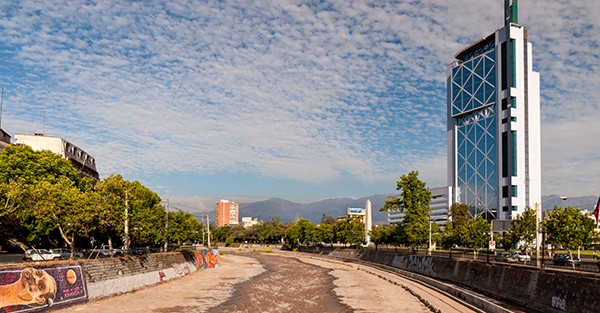 Over the weekend, just as I was arriving back to Chile after a few weeks away, the sky above Santiago opened up and started to dump heavy rain on the city.

I was already in the car on the way down to one of our farms once the rains began.

But apparently the downpour was so heavy it caused an epic, almost biblical flood of some of the major rivers in the area.

It was pretty nasty in Santiago; the city just isn’t used to rainfall of that level.

Parts of one of the main highways were totally submerged. Major retail and office buildings were flooded and had to close.