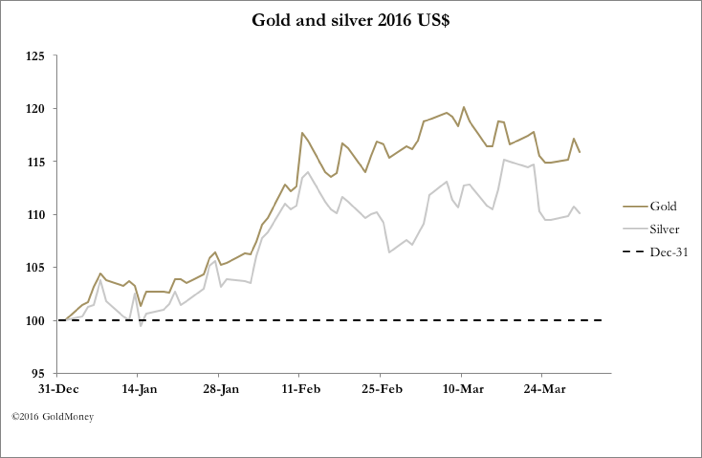 Gold and silver prices rose slightly over the course of this week, with the gold price up $15 to $1235, and silver up 20c to $15.38. London having been closed for Easter Monday, trading in the physical market was subdued. Futures’ volumes were normal, with the exception of a spike on Tuesday when Janet Yellen delivered a widely anticipated speech to the Economic Club of New York, outlining the Fed’s thinking about economic prospects.

Gold spiked over $20 on her speech’s dovish tone, and silver rose by 30c. The underlying condition of the market remained firm, possibly underwritten by demand for physical bullion from Eurozone countries, such as Germany, where hard money traditions die hard and negative interest rates are widely regarded as both crazy and dangerous. While some commentators are pointing out that gold now gives a positive return compared with euros on deposit, it is probably the fear trade that has been driving demand, rather than interest arbitrage.