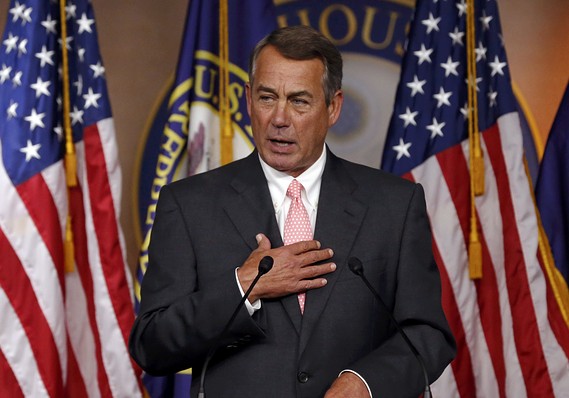 John Boehner sees the possibility for a big surprise at this summer’s Democratic convention if Hillary Clinton’s email scandal becomes a bigger problem.

“Don’t be shocked,” the former House speaker said at a Stanford University event on Wednesday night, “if two weeks before the convention, here comes Joe Biden parachuting in and Barack Obama fanning the flames to make it all happen.”

Boehner had these choice words for Cruz: “I get along with almost everyone, but I have never worked with a more miserable son of a bitch in my life.”