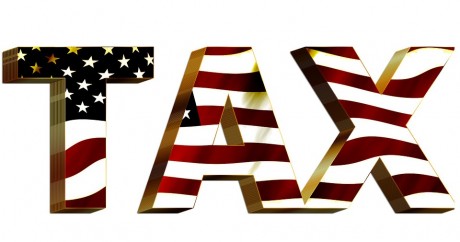 At this time of the year, millions of Americans are rushing to file their taxes at the last minute, and we are once again reminded just how nightmarish our system of taxation has become. I studied tax law when I was in law school, and it is one of the most mind-numbing areas of study that you could possibly imagine. At this point, the U.S. tax code is somewhere around 4 million words long, which is more than four times longer than all of William Shakespeare’s works put together. And even if you could somehow read the entire tax code, it is constantly changing, and so those that prepare taxes for a living are constantly relearning the rules. It has been said that Americans spend more than 6 billion hours preparing their taxes each year, and Politifact has rated this claim as true. We have a system that is as ridiculous as it is absurd, and the truth is that we don’t even need it. In fact, the greatest period of economic growth in all of U.S. history was when there was no income tax at all. Why anyone would want to perpetuate this tortuous system is beyond me, and yet we keep sending politicians to Washington D.C. that just keep making this system even more complicated and even more burdensome.