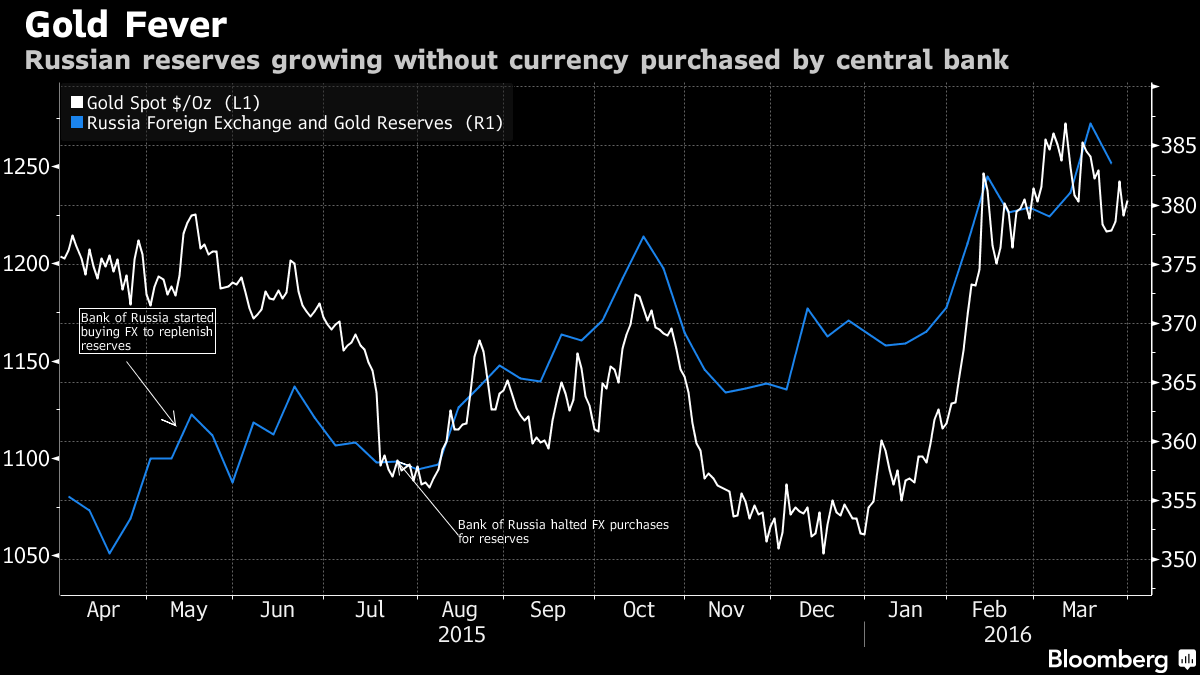 Here’s why Governor Elvira Nabiullina is in no haste to resume foreign-currency purchases after an eight-month pause: gold’s biggest quarterly surge since 1986 has all but erased losses the Bank of Russia suffered by mounting a rescue of the ruble more than a year ago.

While the ruble’s 9 percent rally this year has raised the prospects that the central bank will start buying currency again, policy makers have instead used 13 months of gold purchases to take reserves over $380 billion for the first time since January 2015. The central bank will wait for the ruble to gain more than 12 percent to 60 against the dollar before it steps back into the foreign-exchange market, according to a Bloomberg survey of economists.