0.01% of households gave 33% of money raised by political parties and Congressmen. Most members of Congress are millionaires. 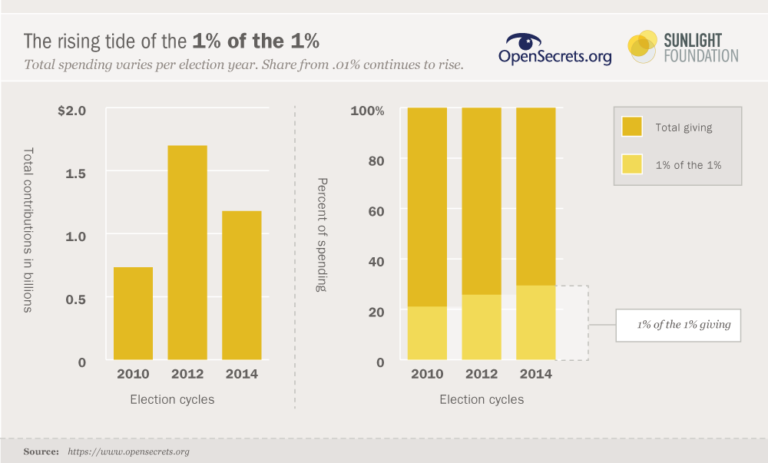 The system is rigged. Like a carnival game, the odds are against you. This isn’t something that started this year or last, but has been going on for many decades. As long as the media was controlled in a few hands the propaganda kept most of the public in the dark. People now have the ability to access information from wherever they want. And that is why in 2016 you have two party outsiders doing so well. Typically, party insiders excel and do well if they follow the party line. The middle class is now a minority in the United States and people are scratching their heads wondering why. That issue is complex but one thing that isn’t complex is how Congress is bought. 0.01% of households gave a stunning 33% of money raised by political parties and Congressmen. It should also not be a surprise that half of Congress is in the millionaire club. In other words, the system does not represent you.