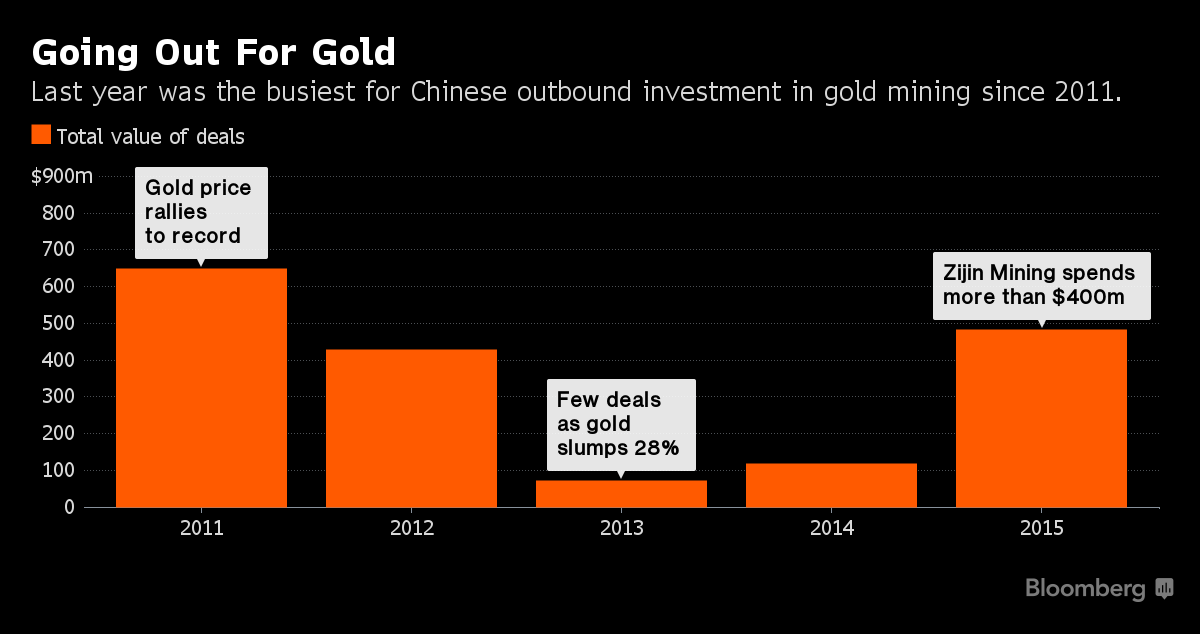 China’s gold miners plan to extend the biggest buying spree in four years as the nation seeks greater clout in the global bullion industry. The prospect may be helping drive up the price of assets from Australia to the U.S.

Some of the country’s top producers say they want to build on last year’s spree, when the nation spent the most on overseas gold assets since 2011. Overseas deals by companies based in mainland China in 2015 quadrupled from the year before to $483 million according to data compiled by Bloomberg. Bigger groups including Zijin Mining Group Co., Zhaojin Mining Industry Co. and Shandong Gold Group Co. have led a wave of domestic consolidation that’s amounted to $5 billion of takeovers in the past five years.