Could Americans really be putting aside their notorious macro appetites and choosing micro hotels and apartments? 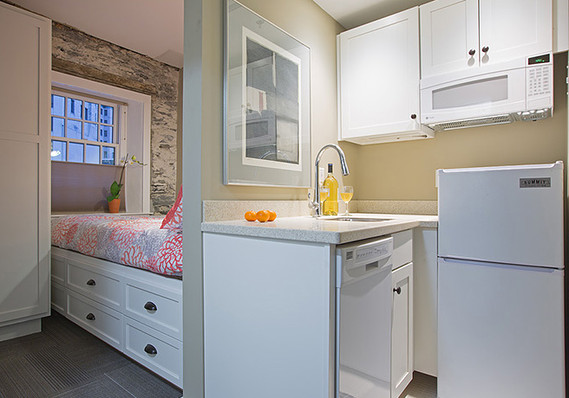 For Robin Dionne, director of outreach for the Arcade in Providence, R.I., expectations for the micro-apartment complex located in a repurposed shopping passage were initially as modest as the 225-square-foot dwellings she began hawking in 2014. “We had doubts that anybody would show,” she said.

But it turned out that small (most of the one-bedroom units are about the size of a hotel room) was just what some people had been waiting for. Now she has thousands of people on a waiting list for the tiny apartments. And it’s not just broke students looking for a cheap place to rent. “We have everybody from graduate students to people who are winding down toward retirement,” she said.